6 Google Adsense Policies that Every Blogger Must be Alert

Oleh terus berjuang 12:37 PM Posting Komentar
Google AdSense is one of the highest paying ad networks for any blogger, but when it comes to executing their policies, Google is very strict. Many bloggers have been banned because they just are not aware of Adsense policies.

On the other hand, we know that obtaining Adsense authorization and to maintain the account active is not that easy. Following are the 6 of the top things related to the Google Adsense policies you need to know.
New bloggers commonly ask their friends to tap on their advertisement from diverse I.P.  address. You are quickly banned if Google Adsense identifies this action.  Also, as the site owner, you can’t test your own advertisements and click on them.
This is a simple, non-negotiable item to engage with Adsense: If you’re going to run Google Adsense, you must have a Privacy Policy in place.
Many bloggers began misleading their visitor by using a trick to encourage clicks such as “Click here to see hot babe”. Google finds it against their program policies.
The thing that usually gets you banned is when you buy traffic for your Adsense enabled sites. Referring to Google Adsense program policies, it’s not allowed to do so. Instead, you can promote your post on Social Media such as Facebook or Reddit.
You can't run Adsense on a site that distributes copyrighted contents such as songs, movies, or any other files. You are most likely will get banned and removed.
It goes viral that many bloggers began the way of posting Adsense advertisements on the email.  You can’t do it since Google will catch you.

At last, it’s simply a good thing to read and check thoroughly, both the official Google Terms and Conditions along with Adsense Program Policies. 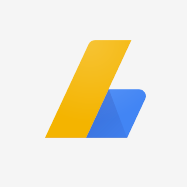